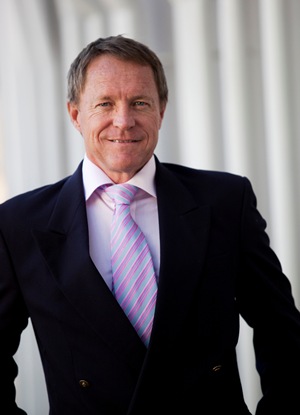 
The World We Live In
Currently we are living in a surreal economic world, akin to Alice in Wonderland. In this world of make-belief, normal economic rules and laws have lost their meaning and their purpose. In this surreal world, fundamentals like demand and supply, wealth and poverty, and value and savings, are all replaced by the benefits of wealth destruction, the convenience of price fixing, the circumvention of productivity improvements, and the folly of a command economy. We live in the world of the Queen of Hearts, the world of Winnie’s honey pot and the omnipotence of Central Banks; unfortunately one day we will wake up. Dawie will explain how we are being FED like turkeys, what the alternate economic universe looks like and what can be done to save South Africa’s economy!
Post-budget talks
This year the Minister of Finance gave us his wish list, not the government’s budget. His bolstering confidence was only matched by his level of optimism around economic performance, wage negotiations, spending reductions and debt. Instead of increasing the VAT rate, the minister opted for a couple of smart moves, like taxing every one of the 7 million individuals who carry 54 million South Africans, and increasing the petrol price with 81 cents of additional taxes.
Pre-budget talks
We expect a few nasty surprises this year from the minister of finance Ntlantla Nene during his budget speech. Apart from normal changes a number of “special announcements” could cause an uproar this year! Each year, regardless of who holds the position, the minister uses some smart accounting techniques to “manage” certain fiscal figures, notably debt – this time the state’s debt levels are reaching critical levels. Expect the minister to go out of his way in an attempt to assure us all is hunky dory!  But, if there’s one thing Dawie is good at, it’s digging up the truth and presenting ugly realities of our fiscal finances. Come and hear what Dawie has to say about the minister’s revenue and spending plans and patterns, who else will be milked next, who does the paying and who gets the benefits – and off course, who actually pays to keep the lights on.
The next ten years
Dawie’s talk covered how the world’s major economies and how local political developments affect the South African economy. The US is likely to hike interest rates this year, whilst the Europeans have now also started printing money like the Japanese, in an attempt to support their economies. All these developments have a huge impact on the South African economy. Meanwhile the lack of electricity is a major challenge to the economy. Electricity is not our only concern, companies and individuals in South Africa have to struggle with an ineffective civil service (the Auditor General’s own words), restrictive labour laws that deter investment, as well as an attack on private property rights by the state (which throughout time has been the golden thread of human development). Dawie concluded that although the future is uncertain, you can still plan with the help of the Efficient Group.
How it all works, the economist’s perspective!
Come join Dawie Roodt, Chief Economist of Efficient group for his view on how the economy is put together. From shadow-banking in China to private property rights in South Africa all the way to US bonds. What’s most interesting and what Dawie will bring to light is how private property rights have played a pivotal role in not only human but technological advancements since the dawn of man. Dawie will help you understand what value is and explain how you can protect yourself and your assets! Interesting times are ahead, there’s talk of lower for long, normalization and even public debt bubbles but don’t feel dismayed Dawie will explain it so everyone can understand exactly what’s ahead.
PRESENTATIONS by Dawie Roodt


The World We Live In
Currently we are living in a
Read More..
Read Less..
Ryder:
For non powerpoint presentations:
Client to provice the following:
Microphone - preferably a lapel microphone or headpiece type.