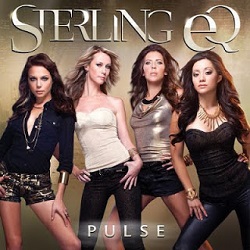 Sterling EQ Musicians
Add to enquiry box
Category:
Entertainment
Location:
Cape Town South Africa
Preferred Language:
English
Tags:
Entertainment,Musician
Profile:
Known for changing the face of instrumental music in South Africa and beyond with their extraordinary fusion of virtuosity and fresh beats, Sterling EQ boasts four successful releases, over 600 live performances since 2008, and thousands of followers worldwide.
The SAMA Award-winning instrumental pop group is made up of electric flautist Carina Bruwer, electric violinist Luca Hart and electric cellist Ariella Caira – three Classically trained virtuosos with dozens of awards, degrees and distinctions between them, who share a passion for the latest beats and pop music trends.
The all-woman supergroup performs more than 120 shows per year, touring their albums, playing at SA’s most coveted events, sharing stages with global music icons, and enjoying extensive media coverage across all mainstream media.  They have performed in 11 countries and for live audiences of up to 40,000, and on live broadcasts to millions of global television viewers.
Career highlights include winning an SA Music Award in 2011 (becoming only the 2nd all-girl band in a decade to do so), signing a major record deal with EMI South Africa in 2011, performing across 9 countries at top events like the SAMA Awards Show, the FIFA Congress Opening Ceremony and Official World Cup Banquet (2010), the World Travel Awards in India, Dubai, Durban and Johannesburg, SA Idols 2011 (guest artist), the IPL 2009 Opening Matches and the Cape Town Stadium launch and numerous private and corporate parties, events and showcases; as well as collaborating with the likes of Boney M, Dave van Vuuren and Loyiso Bala, and sharing stages with artists such as Snow Patrol, Carole Samaha and Lira.
Further international recognition include playlisting on international satellite channel CMusic TV, being chosen by The Guardian (UK) as one of its “Musical Movers and Shakers” from across the Globe in its “March Best Music from Around the Map”, and song submissions from top international songwriters and instrumental music producers.

Sterling EQ released its much anticipated third album, Pulse, in August 2012, under the EMI label.  The quartet’s debut album Nova, produced by the multiple award-winning Gabi Le Roux, was released in March 2009.  In April 2010, Sterling released their first live DVD – Sterling EQ Live in Concert (filmed at the Artscape Opera House in front of a 1200-strong live audience), and in October 2010 the band proved its versatility with the release of their second album, Sterling Speel Afrikaans. This album serves as the group’s tribute to Afrikaans music and music writers, and of course Sterling EQ’s Afrikaans fans, and was nominated for a 2012 Huisgenoot Tempo Award.
All three releases were nominated for SA Music Awards (SAMAs), with the Live DVD clinching a coveted award in the category Best Jazz / Instrumental / Popular Classical DVD in 2011. This has contributed to extensive local and international interest in the group, and cemented Sterling’s reputation as one of the most successful instrumental act ever to come out of South Africa.
Known for changing the face of instrumental music in South Africa and beyond with their extraordinary fusion of virtuosity and fresh beats, Sterling EQ boasts four successful releases, over 600 live performances since 2008, and thousands of followers worldwide.
The SAMA Award-winning instrumental pop group is made up of electric flautist Carina Bruwer, electric violinist Luca Hart and electric cellist Ariella Caira – three Classically trained vi
Read More..
Read Less..
Synopsis:
MEET THE ARTISTS:


Carina:
Carina took up the flute at the age of 14 (having played the piano since the age of 9), and played her first gig that same year. She received the degree BMus (Hons) cum laude from the University of Stellenbosch, majoring in solo performance and winning numerous awards and bursaries throughout her studies. During her final years at University, she took Jazz lessons and performed with local Blues and Jazz artists to broaden her musical palette.
Prior to founding Sterling EQ in 2007, Carina directed and toured her own Classical crossover productions, including “Flute for Thought” and “Cosmopolitan Flute”; performed and recorded for diverse musical groups (most of which she also managed), including Afro-Cuban Salsa band Salsa Candela, the light-Classical ACE Quartet, and flamenco group Casta Alma; she appeared as guest soloist with various groups and orchestras including The KZN Philharmonic and Cape Philharmonic, and she did sessions for, and guested with numerous ad hoc orchestras, ensembles and bands.
Also a highly decorated long distance swimmer, Carina competed in 7 countries between 2004 and 2006, breaking nearly a dozen records (national and international), winning numerous races, and enjoying significant media coverage, highlights of which includes being one of Cosmopolitan’s Awesome Woman 2005, one of Glamour’s “Women We Love” 2005, and Sports Illustrated’s “Top 10 Beauties of Sport”, plus an international insert on Gillette World Sport. During her travels, Carina performed with local musicians, drawing great inspiration from the different styles and sounds, as well as the artists she came across.
“I am very thankful for the amazing Classical training I received, but also very happy to occasionally throw away the rule book in order to create a unique – and hopefully contemporary pop – sound on an instrument which is often seen as being quite one-dimensional. Sterling EQ gives me the perfect platform to sing, scream, growl and banter with my instrument, and have loads of fun in the process; I would not exchange this experience for anything in the world!”
Influences: Ian Anderson (Jethro Tull), Latin music, Vanessa Mae, Celia Cruz, Lara Fabian, the stage, the audience…

A cum laude graduate from the University of Stellenbosch, Luca Hart studied BA (Music) majoring in Music Technology, receiving a number of merit bursaries for music and academics throughout her studies.  She made a name for herself when her violin-guitar duo Luma won the prestigious Maties Talent competition in 2011, performing their own original gypsy and flamenco-inspired music.
Luca has been playing the violin since the age of 9 and piano since the age of 5, and has performed with numerous ensembles, orchestras and singing groups throughout her school years.  She started composing her own songs at the age of 14, and took a keen interest in contemporary and film music, as well as music technology, which she eventually chose as her degree specialisation.
She has played, sung and composed music for many groups including Luma, Ozymandias, Die Einstes and Ysterkoei. As a session violinist, she has recorded for the soundtracks of a number of films, including My Hunters’s Heart (Trevor Jones), Skoonheid, (Ben Ludik) and Kumba (Arthur).  She has done sound engineering work with Murray Anderson, Gerhard Roux, Trevor Jones and Ben Ludik on films like Felix, Labyrinth en Die Wonderwerker.
Luca has, as part of two different youth music groups, toured Vienna, Hungary, Slovakia, The Czech Republic and Germany, taking part in various concerts and festivals and performing a repertoire of classical and South African music.  As a member of the Stellenbosch Camerata Orchestra, she performed with renowned musicians such as Joshua Bell, Priya Mitchell and Daniel Rowland.
“Music, for me, is about the raw, untamed passion I feel when I play, in which the audience can hopefully share.  This is something I will always strive to preserve.”
Influences:  Latin music, Dubstep / any good dance music, Hans Zimmer, Sofia Vergara, Shakira.


Ariella:
ARIELLA has been playing music since the age of 5. Having excelled in both music and drama at school, she went on to study at the University of Cape Town, where she received the degree BA Hons in Theatre and Performance in 2008, with distinction in Drama and First Prize for English Acting.
Although originally focused on classical piano and percussion studies, cello has always been Ariella’s true passion; mellow, warm and deeply expressive. Her love for chamber music has seen her perform as a member of numerous ensembles including ACE Quartet, Wired, Simply Strings and Pizzazz, as well as orchestras such as the National Youth Orchestra and the Cape Philharmonic Orchestra. She has recorded sessions for well-known producers and projects such as the Black Heart Gang and Gabi Le Roux, as well as for renowned bands and artists like Markus Wormstorm, Breakfast Included, Dan Shout and singer-songwriters Larry Joe, and Shen Winberg. She has also collaborated with celebrated South African musicians such as Jason Reolon, Lionel Bastos, Inge Beckmann, Kyla-Rose Smith and Paul Abro.
As an actress, Ariella has appeared in various commercials and music videos including South African Pop Idol runner-up Lloyd Cele’s “Thank You”. She is also freelance writer, having completed a Magazine Journalism Course (SAWC) and Basics of Creative Writing Course (SAWC).  When not performing or touring with Sterling, Ariella also is an active music educator, a keen traveller and yogi.
Her love for live performance and the magic of the stage make Sterling EQ a perfect fit for this spirited musician, and Ariella attributes her versatility and adaptability as an instrumentalist to her involvement in Sterling EQ.
“The diversity of genres and varied performance scenarios have provided endless exciting challenges, building my musicianship and expanding my playing style.”
Influences: Apocalyptica, Hans Zimmer, Howard Shore, Yo-Yo Ma, latin-american music and the great string quartet music of the Romantic era.
MEET THE ARTISTS: